The National Association of Home Builders Housing Market Index fell two points to a May index reading of 81. Readings above 50 indicate that most home builders are confident in market conditions, but builder sentiment has fallen from its peak reading of 90 before the pandemic. The NAHB Housing Market reached its lowest reading of 37 during the pandemic. Readings above 50 indicate that most builders surveyed were confident about housing market conditions.

Homebuilder confidence slipped due to higher home prices caused by high demand for homes. Builders have pulled back the pace of building homes due to rising lumber prices and potential buyers facing affordability concerns. While lumber prices remain high compared to pre-pandemic levels, they were 42 percent lower year-over-year.

Chuck Fowke, chairman of the NAHB, said, “These higher prices have priced new homes beyond the budget of prospective buyers,  which has slowed the strong pace of home building.” Low mortgage rates prompt buyers to enter the market, but home prices in many areas require mortgage loans that many buyers cannot afford.

Homebuilders continued to face shortages of skilled carpenters and other workers. These shortages also impact the price of homes and building pace. Shortages of new and pre-owned homes created high levels of buyer competition with multiple offers on available homes. In addition, some metro areas are seeing more cash offers, which make buying homes more difficult for buyers who depend on mortgages to purchase homes.

In related news, the Commerce Department reported 1.57 million housing starts in May on a seasonally-adjusted annual basis. 1.52 million starts were reported in April and 1.63 million starts were expected in May. Building permits issued in May fell to 1.63 million permits issued on a seasonally-adjusted annual basis. 1.73 million building permits were issued in April and analysts expected the same number of permits to be issued in May.

This week’s scheduled economic news includes readings on sales of new and previously-owned homes, inflation, and the University of Michigan’s Consumer Sentiment Index. Weekly readings on mortgage rates and jobless claims will also be released. 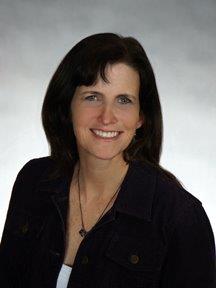 How may I help?

Please feel free to contact me at katrina@mortgagesandmore.me with any thoughts, comments, or questions about my work—I’m always interested in making new professional acquaintances.